Disclosure: This post may contain affiliate links, meaning I get a commission if you decide to make a purchase through my links, at no cost to you. Please read my disclosure for more information

Becoming mentally tough isn't an easy process. People weren't just born with that characteristic. It was learned and practiced. 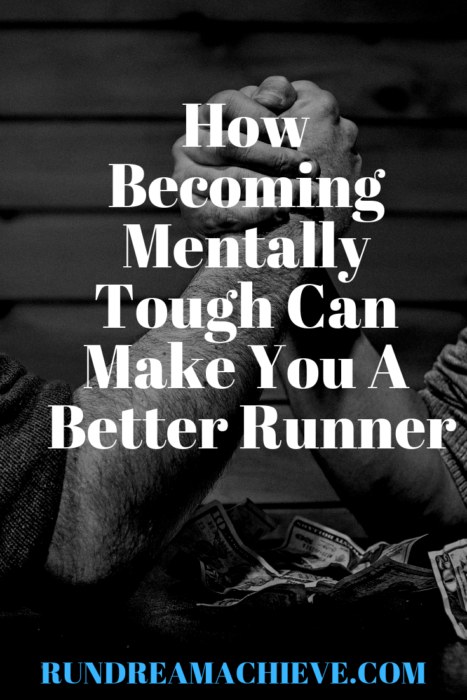 The best athletes, entrepreneurs, civilian and military leaders all have one common trait, they live and breath for what they do.

I always love going to bigger cities where street musicians perform for people walking by.

Have you seen how absolutely talented some of these artists are? How often do you think they practice what they are doing?

Why is it that so many people are blown away by people who seem to be born with some other unworldly gift?

Tiger Woods didn't just come out of the womb with a golf club in his hand. That being said, he started about as early as anyone could.

He has practiced the same strokes over and over again, thousands of times over many hours.

It is what MJ Demarco, calls the ‘process‘.

It is the long hours, sweat and sacrifice that so much of the world never sees.

We applaud the event but forget the process it took to reach it.

Those talented runners we see on television.

The public speaker that doesn't seem to be nervous talking in front of a group.

Focus in on your goals

They have practiced what they do thousands of times.

Haile Gebressalassie, the former world record holder in the marathon ran 10 kilometers to and from school for 10 years.

Is it a wonder why this man is as good as he is?

He has not lost the love for what he does. He has endured.

A respectable time. See, even a 2.03.59 marathoner had to start somewhere.

You may have already run faster 2.48 so let that inspire you.

People that do anything extraordinary have put in an extraordinary amount of work to get that way. In addition, no one become successful overnight.

All I wanted to do when I was in high school was run.

It wasn't normal to other people but to me it was.

Our normal may be someones headache.

What we fear may be comfortable to someone else.

There are people who love going to meetings. In addition, being the boss or talking about the same subjects.

The point is we all have things we do, strengths we have that are normal to us yet a pain in the ass for others.

The difference between those who succeed in our sport and those who let up is the willingness to endure longer.

It brings us alive.

Everyone has something they do well. That being said, they are good at that area because it brings them alive when they think about it.

It is an art form and everyone has something they love to do and can do well.

Break Free From The Matrix

How do you overcome the norm and becoming mentally tough?

The problem with our society is everyone seems to be telling you what to do.

For example, be normal, don't poke the box. Do not question authority. Play it safe. Be conservative.

Stay in your comfort zone, adhere and do as everyone else does.

Everyone has genius in them.

Normal surrounds us all. Do you know that 78 percent of the American population is living paycheck to paycheck? Why is that?

Could it be they all have been taught to play it safe? Rely on one source of income? A paychecK?

How Does One Become Mentally Tough?

So how do you become mentally tough as a runner?

The same way you become mentally tough in any other area of your life.

You focus on concentrating on the things that will make you better.

There is already enough ‘normal' in the world.

I always loved what Steve Prefontaine said years ago,

I like to create art when I run, I want to make people say, I have never seen anyone run like that before.

What is your art?

1. Stop saying you are not talented enough.

Far too many phenomenal people are selling themselves short.

Associate with winners. Find mentors and people that can life you up.

One of the greatest things about this site is hearing from so many motivated, focused and excited athletes.

I answer every email I receive.

My readers have their own stories of triumph. In addition, have done things in their lives that far surpass what I have done.

Running a fast time doesn't make you better than anyone else.

Are you sharing your expertise?

Do you take the time to sit down with someone who needs encouragement?

Time is the most precious gift we have.

Use it in productive ways by helping someone else.

Giving back to other people who need our expertise is important. It provides a sense of satisfaction that tops any athletic feat.

It takes a top athlete to handle disappointment. In addition to that, the training itself is tough. Anyone who can survive high mileage week and handle other responsibilities is not weak.

The faster you get the harder it is to drop time, the challenge goes up which makes having goals all the more important

I observed the masses and I did the opposite – Holton Buggs, entrepreneur

Why do people succeed in this sport. The reason is they are fully committed. There is a massive difference between interest versus commitment.

2. Don't let up when you have a setback

You want to know a great practice in becoming mentally tough?  I believe you, as well as I have already had plenty of practice in this exercise…fail.

Edison failed 10,000 times before made the electric light. Do not be discouraged if you fail a few times.- Napoleon Hill

The people that you see running faster than you are no more determined than you are. What you need to do is find a mentor or coach that can guide you. People that want success seek out those that are and simply duplicate their work habits.

It is as simple as that.

Persistent pays off. Becoming mentally tough is dependent upon your level of desire. Are you watching 5 to 6 hours of television like the average American? Or, are you studying what you need to do to be a better runner and professional?

Everyone has 24 hours in a day. The rich and the poor. What we do with that time is up to us.

Focus On What You Can Control

3. You know what doesn't work, try something that does.

The great Emil Zatopek knew that running easy would not get him an Olympic gold medal.

It wouldn't assist him in producing faster race times. He practiced paces equal to and far exceeding the paces he dreamed about running.

You know that old saying…

Well, it is true.

That being said, sometimes you can change your training up, try something totally fresh and still not get the returns.

No, you adjust and keep working hard until you meet up with success.

Don't self-sabotage yourself into believing you are less of an athlete then you are. Furthermore,  don't get cocky and let up when you do succeed. Stay humble.

The world's top runners have experienced regret and disappointment.

Runners understand this but results in our sport don't come overnight.

We live in a world where everyone wants everything now. The results must come now.

I remember flying back to Colorado after finishing 17th in the nation at the 2008 USA 25K National Championships.

What happened was I placed 17th among the fastest runners in the United States on that particular day in a National Championship competition.

the better you perform the bar gets higher and higher because people have expectations of you, you run a descent race and they ask you what the hell happened.

That is exactly the question I was asked.

Get Rid Of The Distractions

It was a solid effort and I am all about progression. I understand the process very well, not everyone else who hasn't studied this sport inside and out does.

It took me five years to improve from 2.43 to 2.19. The more competitive company you keep the bar goes up but you can never lose sight of your plan and progress.

You have to remain vigilant and patient knowing that your golden moment may come in 5 months or 5 years but however long it takes, you will persist.

Do not sell yourself short. Endure longer than those around you. Set the example.

I remember the comments I received when I failed from others who weren't out on the roads, training in the shitty weather conditions.

In addition, I want to see you putting forth greater effort in your training and creating breakthroughs this year.

It took me many years to fully believe in my strengths as a runner. It took world-class athletes I associated myself with to continually reinforce that mindset.

If you are constantly around people who don't support or uplift you then change your associations. Get new friends that will

Find those that will and surround yourself with them.

Change up your routine, start reading different books. Seek out those athletes who stand out in your eyes. Find out what they do.

Be yourself, use your strengths.

Becoming mentally tough as a runner is a process. Believe in that process. The others wants the results now. Be cognizant of this fact. Most people are not willing to do the work.

In addition to that, it takes an immense amount of dedication to stand out. Do you believe in delayed gratification?

Lastly, use what you already have. Focus on what you can control. Get rid of the distractions and associate with the right people. Furthermore, becoming mentally tough is about making the proper decisions to get to the next level. It comes from repetition and consistency.

I hope this post on becoming mentally tough has been helpful to you. Make sure to subscribe to the RunDreamAchieve YouTube channel. I create new content there each week to help runners like you get to the next level in their training and racing.