It is one of those topics, especially as it pertains to running, that is vital in studying to get the best out of your running.

I had one of my readers mention that she had friends who have told her she can run longer and faster but as she states,

they say I freak out and never pull it off

The most important thing I can do here at rundreamachieve.com is put out my own faults, speak about them up front as I can relate to runners like this.

I surely am not the best in the world, but I have improved over a long career, thus far, by hacking away at the unessentials in my life as they pertain to running.

Let Go Of The Uncontrollable

Unessential is defined as anything that is not important, dispensable.

Self sabotage is the enemy when it comes to athletic performance, life in general.

We worry about things that don't even exist, concern ourselves with other people, focus on things that are not even in our control.

I hope by listing some of the mistakes I have made in the past and ways I fought my own self sabotage in training and competitions.

I hope these will help you combat roadblocks that may have been in your way in the past and help you run your very best in 2013 and beyond. 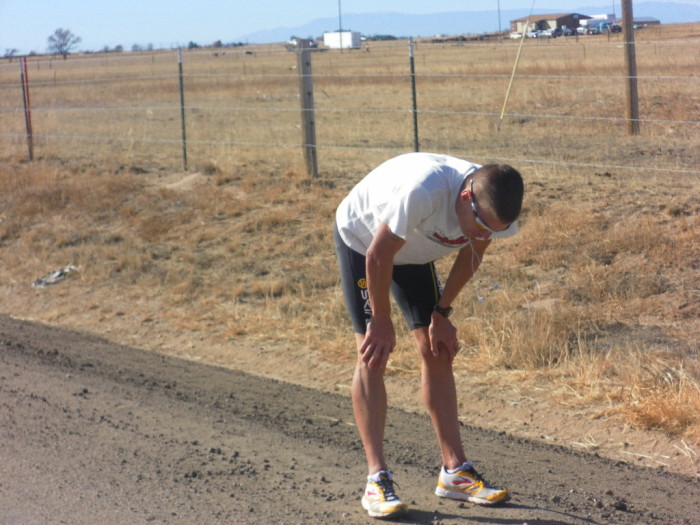 Mistakes I have made as a runner over the years.

Too immersed into the activity.

What do I mean? There is more to life then running.

Be passionate about the sport but don't let it ruin your life, make you unhappy trying to attain goals.

Remember, a tough goal should be hard but also a process, not soley an event.

Focusing on what others do

Trying to measure up to other runners is not being original. You are one of a kind, there is no one on the planet like you.

What other runners were doing was wasting my time and causing worry in my life that I didn't need. If you see another athlete hitting times you want to achieve.

Have patience to see similar efforts in your own running.

This goes back to number 1. It can't just be running all the time.

When I was competing or the Army World Class Athlete Program my full-time job was to compete.

Soldiers who are in this military unit, unlike Soldiers in regular Army units, have no other concerns other then training within their respective sports.

What was lacking when I was competing there was overall balance.

I focused on running throughout the day, I wasn't doing much else outside of sleeping.

The good thing about regular units within the armed services and having a full-time job is that you are forced to be thinking about other areas of your life.

Was having a chance to run as a full-time job cool?

One that I will never forget but can you achieve even greater results while working. You had better believe it.

Plan Out Your Day

Some of the world's top runners are working full time jobs and many of our nation's top marathoners had to work full-time in the 70's and 80's to achieve the times they did.

There weren't big shoe sponsorships back then like we have today.

I can't say this enough, keep balance in your life or your running performances will pay for it.

How much sleep should I get leading into the race?

What will others think if I don't hit the time?

All worries I put on myself that simply were not too my benefit.

One Day At A Time

The only thing you should concern yourself with is the training you are putting in.

The best advice I got when I was competing at the Army WCAP was from a teammate and sub 4 minute miler, CPT John Micowski.

People get too caught up in logging every mile they run, worrying about if they hit a certain amount of miles per week. I do the workout, go home and forget about it, I don't waste my day thinking about running

Let Go Of The Unimportant

This is some of the best advice I received from one of the nation's best mid-distance runners and unfortunately, it took me most of my career to take to heart.

The difference now is I do the workout and let it go. The body will super compensate and take care of the rest. There is no need to waste your mental energy on overanalyzing your training and worrying if what you did was sufficient.

I have learned simply enjoy the hard training but I know now that worry and anxiety creates tension and inhibits muscular contraction.

These are things you don't want leading into a race and especially during. It can totally destroy all your months of hard work.

We all have made this mistake but know this, if you have not trained to run a specific distance at a specific pace, don't get bent out of shape when it doesn't happen.

It isn't that you are not capable of the time you have set for yourself. Ask yourself a simple question. If you want to run a marathon at 7.30 mile pace, have you run run 10 miles at the pace? How about 15?

If you answer no these questions. Don't jump into a marathon and run at the pace you are not prepared to run at. It will save you from second guessing yourself and your ability before you even start.

I firmly believe that to run a specific race distance i.e. 5K, 10K, half-marathon etc at a specific pace you have to spend ample time gradually extending, over time, the amount of time you run at that pace.

Too Many Easy Miles

Running easy for fitness is one thing, running a race at a goal pace is another. If you have as your goal to run a race in a specific time, easy running alone will not bring that goal to fruition.

If your goal is to hold 8.00 mile pace for 10 miles running 95% of your weekly miles at paces slower then this is not going to prepare you, nor will it allow you to recruit the muscle fibers needed to maintain that pace, by running at such an aerobic effort.

Remember, the trick to running fast is training in such a way to teach the body to clear lactic acid faster then it is building up in the blood stream.

You can't get the physiological adaptations to do this by running easy.

Easy running is good in the early stages of a training build up when your simply building fitness and for recovering from hard efforts.

Train In A Specific Way

Specific training involves fast efforts at or far exceeding the pace you aim to hold in the race, to achieve that goal time you have.

The question you should ask yourself is ‘how much time do I spend training at the goal pace I want to hold'.

I have as my goal to hold 6.30 pace for a half-marathon, have I been able to hold this pace for 8 miles yet? Hold yourself accountable.

I spent many years running my long runs at 6.30-7.00 pace. I would go out week after week all through college and post college, putting in 20-24 mile runs at this pace.

I spent many weeks upwards of 140 mile weeks and not achieving the times I was seeking to run.

You can't expect to hit 5.25 per mile pace running 7.00 miles. This was the 31-year old Nate talking to my 25-year old self. It took some time to firmly grasp this concept.

You have to counter lactic acid build up and the only way to do that is spending more time at or below the paces your seeking to race at.

Unfortunately, many runners, second guess themselves, self-sabotage their efforts, if you will, simply because they have not spent adequate time training at the pace they so passionately want.

It certainly is not that they are not capable or have the potential.

People would do better, if they knew better – Jim Rohn

This is probably the biggest hurdle I had to overcome in achieving the times I have set for myself over the years.

I would read in the newspapers about local runners breaking 5.00. So and so ran 4.55 last week, wow, that is really fast.

Know this, just because you haven't hit the time goal you have been working on for months, possibly years, doesn't mean it isn't going to come to pass.

You just have to be willing to look at this in a long-term approach. Far too many people quit when success doesn't come their way fast enough.

It would take another 5 years before I broke 2.20.00 and I had so many failures along the way I have lost count, a time I wanted to run in 2003. It doesn't happen that fast in this sport.

Know this, all the world's successful people, regardless of area of concentration have dealt with failure and these same people have become the success they are because of their unwillingness to quit.

They have found a way to find peace and enjoyment where others see the same activity as pain and discomfort.

You have to be willing to endure and commit. 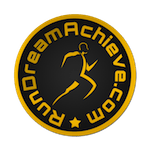 Regardless of the race distance, sometimes a little more patience is all that is needed. It takes time to make those kinds of jumps. It doesn't matter if you are trying to get from a 5 hour marathon to a 4 hour marathon.

This will guard you against the biggest inhibitor of athlete performance, self sabotage.

If you are seeking a coach and want to try a different method of training send me a message or pick from one of my training plans.