I remember my first marathon as if I ran it yesterday.

I competed on my track and field team for four years while competing for Indian Creek High School in Wintersville, Ohio. 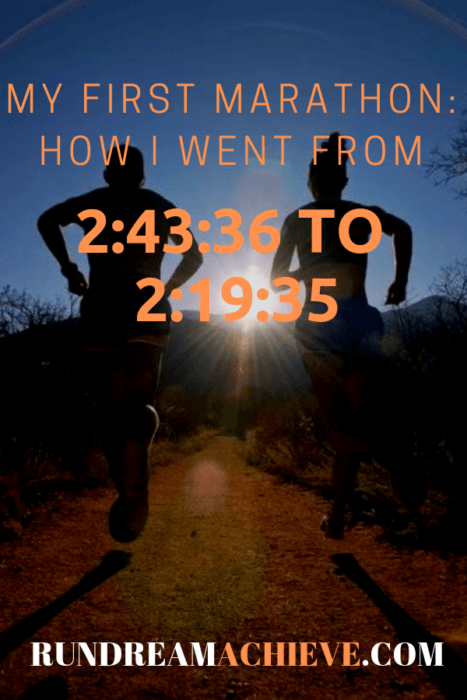 Furthermore, I never considered running the marathon distance in those four years.

You get set in on the distance you think you will eventually run and are too caught up to think of anything further.

My First Marathon Was The NYC Marathon

I started running the 1600m as a freshman in high school running my first in 5.30. I would graduate as a senior with a 4.25 personal best.

I began with an 11.30 time my freshman year. Ironically, I finished both my junior and senior years with a 9.46 personal best.

Running for 26.2 miles is something I never thought I would do.

Marathoning was never in the question

The job opportunities I had in Canton, Ohio at the time were slim. I finished with a Bachelor of Arts degree in Physical Education from Malone University. In addition, I owed $32,000 and working as a substitute teacher and part-time personal trainer wasn't doing the job.

Substitute teaching and getting payed minimum wage with a college degree just didn't seem to be worthy of all the time and effort I put in to finishing college.

I chose to do something challenging and join the Army.

I competed for one of the top NCAA Division II teams in the country under the tutelage of Jack Hazen.

The thought of running for that long at the time was ridiculous until I tried it for the first time.

If you are insecure, guess what? The rest of the world is, too. Do not overestimate the competition and underestimate yourself. You are better than you think.-Tim Ferriss

Obviously, I am a huge fan of Tim Ferriss so you will see me reference him quite a bit on rundreamachieve.

Everyone can do what is easy

Easy tasks are not difficult. You can do them without thought, almost on autopilot. Running the 1600m and 3200m in high school was a challenge but compared to the marathon they are easy events. Furthermore, you're done with the race in a few minutes.

My first marathon was the 2002 New York City Marathon.

My finish time was 2:51:24 but my net time was 2:43:36. Why the significant difference in time? We were not permitted to start until every runner had crossed the start line.

I was a part of an Armed Forces team running for lung cancer research. Chase Manhattan Bank would pay $1 for every runner we passed.  I started in 32,189th and finished in 253rd place as the team's top finisher.

I was still a part of my first military unit at Fort Carson back then. In addition, I was asked by the sports specialist of the Army World Class Athlete Program if I wanted to be a part of this team.

It was a sufficient enough time to get a sniff from the top athletic unit in the Army so I accepted the offer.

Fortunately, having to wait for every runner to cross the finish line was a blessing.  I didn't have the opportunity to run too fast the first mile.

What was my first mile? 16 minutes flat. Yeah, I was cruising. I spent the first 7 miles running through a sea of people. I had no idea what I was doing, how fast I could run, considering the start position (32,189th place!).

Always push to do something you have never done, you'll never know unless you give it a shot.

I have thoroughly enjoyed the marathon ever since. I would go on to break the 2:20:00 marathon running 2:19:35 at the 2007 California International Marathon.

The greatest thing about competing in a race of this length is it proves just how much the human body can withstand.

It took five more years to go from 2.43 to run under 2.20 but my debut attempt at the distance will be one I will never forget.

Where was your first marathon? Willing to leave a comment and tell me how your race went?