Do You Know About Glutathione?

I became an associate with max international after learning about glutathione.

It is an antioxidant that I can nearly guarantee most runners, athletes and sedentary individuals are lacking in their diet and know little to nothing about.

I spent nearly 26 years of athletic competition without knowing anything about it as well so I am just as guilty but I know now and am sharing this information to hopefully change your life.

What I have researched in max is that it is an industry leader in nutrition that will be a multi-billion dollar company in the near future but more importantly provide the world public with crucial ways to defend themselves against over 70 major diseases.

They are counteracting what big pharmaceutical companies seems to want to remain hidden.

My aunt passed away from breast cancer and why is glutathione not being preached to the world public.

How often are we bombard with television and radio commercials about various pharmaceutical medicines.

We spent 2.7 trillion dollars in 2013 on healthcare and guess where the United States ranks among the rest of the world?

If glutathione is so important then why haven’t most people heard of it?

Dr. Mehmet Oz on his popular television show, Dr. Oz, said this in regards to this question above,

I have been an athlete for the past 23 years and have devoted my life to tackling every physical and mental barrier that I could. I never know about this until 3 months ago! I’ve studied books, researched journals on sports medicine and missed it.

I suppose better late to have learned then never have learned at all on something so potent to health and athletic performance.

There are more than 133,000 scientific studies on Glutathione recorded in PubMed.

What I have not studied as drastically, until the past few months, is how important glutathione is to athletic performance and why every human being, athlete or non-athlete, needs to know to this information.

Here are a few things that can happen to your body when you run low on glutathione.

1. Every cell in your body would die prematurely. Have your attention yet?

2. Your body’s natural defense system, the immune system, would surrender and cease to function.

3. Human (oxygen) based life would not be possible.

4. Your liver could no longer cleanse and toxin or poison you inhale or ingest.

Glutathione is the cells first line of defense against its biggest attackers which are free radicals, chemical toxins, heavy metals and radiation.

The cells in our bodies use glutathione to eliminate countless toxins and air pollutants we breathe before it is transported throughout the body.

The importance of cell functioning should be of the utmost importance, especially to endurance athletes, do to the fact of the amount of oxygen that is needed to do what we do.

We are continually working in a state of fatigue yet I can put money down on a bet that most runners, as did I, have never heard of it or knows how using a product that elevates it can create drastic improvements in your health, training and your athletic performance.

The most powerful antioxidant you have never heard of…it’s one of the KEYS to fighting off the diseases you fear the most. It’s called glutathione. Now write it down because it’s critically important – Dr. Mehmet Oz, The Dr, Oz Show

If we are putting in 30-120 miles per week and only focusing on the physical aspect of training and not taking our nutrition seriously this is a waste of our time.

1. What is the most abundant antioxidant manufactured by the human body?

It is the engine of the body in sequestering free radicals.

In all your years of running have you ever had a coach tell you to research glutathione and see what happens to your body when you are low on it? Have you ever had someone suggest a nutritional product that will guarantee you never run low and are set up for success physiologically to train and compete at optimal levels?

2. Glutathione is the only antioxidant that recycles itself after it has destroyed a free radical within the body.

3. It recycles ingested antioxidants such as Vitamin E, Vitamin C, as well as Alpha Lipoic acid, after they have been used up by the body.

4. Glutathione helps to maintain strong oxidant-reductant levels within the cells of our body. This is called cellular redox homeostasus.

5. It reduces hemoglobin to a plus 2 state and in so doing carries optimal levels of oxygen to the cells of the body.

6. It protects our immune system from oxidative stress.

As runners and athletes we place enormous oxidative stress on the body without even paying attention to it.  Glutathione, by doing this, allows for newly formed immune cells to disperse to attack viruses and germs.

7.  works to protect our DNA as well as the nucleus of our cells.

8. It is a protector of the mitochondrial DNA of the body.

9. It reduces lipid peroxides which are created by the oxidation of fats.

11. Glutathione is the first line of defense against chemical and environmental toxins.

12. It attacks heavy metals that are formed from oxidative stress. This is important and I know the majority of the runners, non-runners and athletes of all disciplines that I have worked with over the years have never even heard of glutathione. 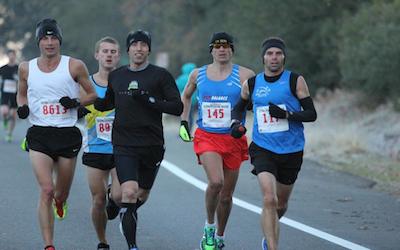 What I wanted to do was at least share with you, the reader of rundreamachieve, about this wonderful company and its overall mission to help people around the world live healthier and more prosperous financially.

They are not only providing a means for people to live healthier lives but also provides a way for athletes and non-athletes who enjoy fitness and nutrition to earn an income, if they so desire.

It is barely 5 years old and has already payed out $100 million dollars in commissions to independent home-based business owners who are interested in fitness, weight solutions, skin care and disease prevention.

I was a skeptic to be honest and it took a 3 hour discussion with a representative of the company as well as a phone conversation with the CEO, Joe Voyticky, of Max International for me to sign up to become an associate.

I don’t endorse anything here on rundreamachieve that I do not personally use.

In fact, I just ordered a three-month supply of Cellgevity two days ago and don’t endorse any other product on the site nor do I plan to.

It is one of max internationals top nutrition products and is certified by the Banned Substances Support Group as free from substances that are on the banned substances list.

This is a company that is geared toward athletes and helping people live healthier lives as well as providing an opportunity for those of us who have invested our time to learn and share a way to earn an income most people won’t even consider.

I take writing this post very seriously and by associating myself with this company I am putting my name and reputation on the line as well. Max International is the only company I will remain with along with continuing to build RDA.

I find it to be a fascinating organization that is leading the way in alternatives ways to fight diseases that not enough of our world community know about. That is my job as an associate and yours as well as becoming a future associate to do.

Educate others on the healing power of max international products. Take some time to read over their mission statement and company overview. See for yourself why as a 2.19 marathoner, this company has my attention and one you should consider partnering with.

If you are interested in athletic performance, health and have had family members get sick or pass on from diseases that big pharmaceutical companies like to mask and not treat, then you can’t pass up the seriousness of this post.

It took research and finding out the overall mission of max, as well as seeing how many lives they are changing based on the medical findings of , to get my attention.

It was a no-brainer for me to decide to act shortly after that.

I hope by reading this you will want to join me and be a part of a team of entrepreneurs, medical experts and athletes that are competing at the highest of levels. There is more to life then making money but being able to have your health, enjoy life and earn a side income in a subject area you already love and know is just a healthy activity to be a part of.

Seeing the dramatic changes our company and products make in the lives of so many people is the most rewarding experience I have had in working with max..by far! At Max, success isn’t measured by dollars alone – it’s measured by the extraordinary changes we bring into the lives of individuals and their families. We can provide a quality of life physically, relationally, and financially that most people think is unattainable – Steve Scott

I hope you have learned a few things from this post.

If you'd like to know more about max international's glutathione enhancing product line or our lucrative business opportunity click on the link below.