Fueling your body for running

One of the biggest challenges for runners is what is the best way for fueling your body for running performance.

We have succeeded and we have failed in this sport.

The times I have succeeded stemmed from one training trick that far too many of us neglect, taking in more fluid and calories.

This post is probably the most important bit of information that I have shared yet for runners and visitors to the site.

I have failed miserably in the past at the 26.2 mile distance because I failed to take in enough water and calories.

In addition, I was not paying enough attention to running fueling.

It is important to write about successes on this site but also past failures.

I remember the things I did right when I broke 2.20 and nearly broke 1.07 for the half-marathon. What I desire most now is to help others run their best.

The biggest mistake I made at my debut which was the  2002 New York City Marathon was not taking in enough fluids.

A 5K is a challenge. A marathon is a different animal.

The biggest marathon time killer there is is not drinking enough during the race.

My best races were run when I took in sufficient fluid and calories.

The marathon is a complex event and being a sub-2.20.00 marathoner doesn't guarantee back-to-back perfect races.

This is important. I have been on sub-2.20 marathon pace various times for up to 20 miles in past marathons and didn't make the cut by the finish line. I could have prevented this.

The problem has been that I didn't take fuel consumption as seriously as I should. In turn, I drastically slowed down and didn't run remotely close to my capability.

Have you been there?

What I am trying to say is it isn't what you do the first 10 miles of the race. What counts is if you are able to hold the same pace by not neglecting calorie intake.

The public, your friends and family only see the finish time.

Anyone can run 20 miles. It's the next six that count. – Barry Magee 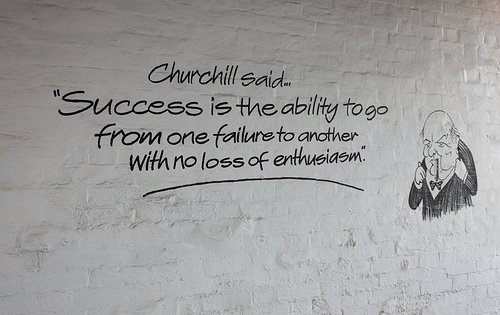 The term ‘hitting the wall‘ is not only reserved for distance runners. I have seen it in triathlons, cycling and numerous endurance-based sporting events.

It simply means running out of sugars or glycogen and muscle functioning shutdown. Wikipedia says it this way

A typical untrained individual on an average diet is able to store about 380 grams of glycogen or about 1800 calories in the body. In addition, much of that amount is spread throughout the muscular system and may not be available for any specific type of exercise. Intense cycling or running can easily consume 600-800 or more kcal per hour. Furthermore, unless glycogen stores are replenished during exercise, glycogen stores in such an individual will be depleted after less than 2 hours of continuous cycling or 15 miles (24 km) of running. Training and carbohydrate loading can raise these reserves as high as 880 g (3600 kcal) correspondingly raising the potential for uninterrupted exercise.

The further you race the more important fuel intake is.

Failure to intake the proper amount of fuel can cost you and undermine months of hard work. 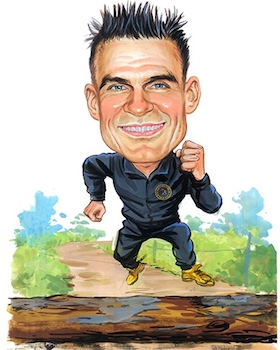 I have personally dealt with this experience (hitting the wall) far too many times.

Needless to say, it isn't about living up to what other people want from you. That being said, learn from your mistakes and train your tail off until you bring your dream to fruition. Forget the negative comments and hone in on what you can control.

We all grow tired

In 2010 I was burned out, tired of trying so hard and not getting results.

I was caught up in expectations demanded of me by the elite military unit I was in. In addition, I had run repeated marathons in attempting to earn the 2012 Olympic Marathon standard of 2.19.00.

How many times have we all fell short of our capability by losing sight of something as in our control as drinking enough during our races?

The marathon is an art; the marathoner is an artist. – Kiyoshi Nakamura

What I Have To Say About Not Fueling Properly. A Few Notes On The Consequences

This is a no-brainer. There are multiple articles written on this across the internet about this.

You have to take in enough calories. You can have all the motivation in the world, but fail to do this and you will lose.

A 2.19 marathoner going out running a 3+hr marathon…something is wrong.

I can relate to say the least.

Your best races will come from knowing and adjusting what derailed your last.

It is fine to feel bad about performing less to your standard. Learn to let go and fast. Nothing can be done about that effort.

I had numerous marathon efforts where all I had to do was drink more and tweak my training. That was it. Adjust the most important thing, your thoughts. Lastly, ignore the rest of the meaningless BS that won't help you anyway. 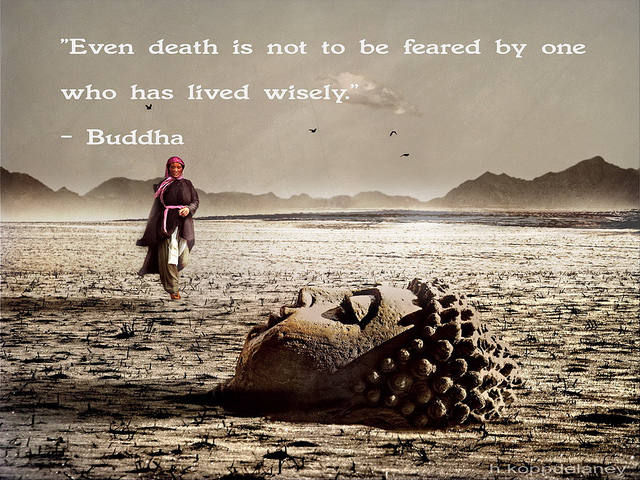 I started to practice this more often and began to run better times because of it. You can sit out water bottles on the road every 3 miles during your long runs.

If you have to stop briefly to pick them up..so be it..but practice and I think you'll notice how much stronger you finish because you didn't pass it up. I have run numerous marathons where I probably drank the equivalent of an 8 ounce bottle of fluid for the entire 26.2 mile distance.

This is far too little and I dearly paid for it. Remember, all they see is the finish time. Correct your racing flaws and derail diminished race times in the process.

The great thing about taking a gel is it is easily absorbed and gets into your bloodstream relatively quick. You take in about 100-125 calories immediately. Whereas, to take in the same amount via a sports drink you would have to take down an entire bottle.

If you take in 5 Gels during your marathon that is anywhere from 500 to 600 calories that can assist you along the course of the event. Fueling alone is not the only route to running a faster time.

Obviously, you have to train in a way where you will be using more fat as fuel, rather than carbohydrate.

Use Fat As Your Main Fuel Source

Carbohydrates are quickly burned up. Your body has more than enough fat stored up to last many marathons, but far too often we rely on carbohydrate as our main fuel source and don't train to burn fat. You do the latter and you will last far longer in your future races.

Those little cups are not composed of a lot of fluid. Grabbing two guarantees you a better chance of consuming the proper amount of water or sports drink.

Failing to grab one at all will send you directly to the hurt locker…don't do that!

Listen Carefully To What Your Body Is Telling You

I say this mainly because you know your body better than anyone.

8 ounces every 3 miles may pay enormous dividends in overall finish time for me but 4 ounces may work best for you.

The point is. Drink enough and often. I can not stress to you enough the importance of this. Furthermore, I have had various 2.30-40's-type efforts that very easily could have resulted in sub 2.20-30 times by not neglecting this.

Be weary of how much

One, I failed miserably by not drinking enough early on in the race. Two, I was walking and jogging by mile 21 and continued this to the finish line.

Remember, the finish time is all that counts. What people fail to realize is that there are many little races in a marathon. Unfortunately, all people see is the end time.

You could set personal bests in every 5K split en route, set a new personal best for 10, 20 or 30 miles and spend your last miles walking missing your goal.

You don't have to accept the performance, but you do have control of how you handle it. I had numerous marathons where I fell short and learned the most from my failures. Successes don't teach you nearly as much as a failure can.

I was proud of how I finished the last two marathons I ran. I was pushing so hard to qualify for the 2012 Olympic Marathon Trials from 2008 all the way to December of 2011.

Nate, it is what it is, you and I both know the marathon doesn't work like that. You have ups and downs..the point is to keep going until you get what you want. – Michael Wardian, 2:17 marathoner

furthermore, I dealt with a porta john stop at mile 18 and was fighting through glycogen depletion

I felt more accomplished with that run then with the 2.19.35 I ran in December of 2007. Keep fighting. Enforce your standards for fueling in your future racing. I truly hope some of what I have written here you can take with you to the starting line, wherever that may be.

In closing, do all the other things that also will pay your efforts forward. Proper sleep and training at your determined goal pace. It is also what you do the other hours of the day that will keep you fired up.

Lastly, stay healthy mentally and physically. You will quickly lose heart and the joy of doing this by taking every little detail too seriously. It isn't worth it. You have all the potential in the world to accomplish anything in this sport but you have to enjoy it. You are in control, always remember that.