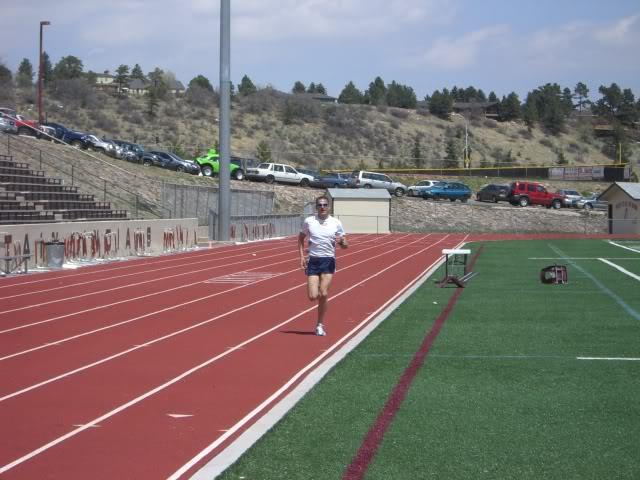 Endurance training is so important when it comes to racing longer distances.

I came across a runners twitter page where he was planning to run a half-marathon and the longest he had run was 8 miles.

This individual was worried he would not be able to complete the distance.

Runners always worry they are not doing enough. It could be just in our DNA to always want to do more. I can guarantee this guy has nothing to worry about.

If he can go out and run 8 miles by himself then running 13.1 miles on tapered legs with runners around him is going to get him to the finish line.

Jeff Galloway over at Runnersworld wrote a short article about this called Learn to Go Longer and Be Stronger Galloway is a big run-walk advocate and if you are just starting off into becoming a distance runner this is not a bad way to start off.

You have to have a starting point regardless and extending your endurance training.

The Kenyan runners we all have come to admire and adore have years of running in their legs compared to the average American.

We are built to run. We have gotten away from having to travel on our feet especially here in America.

Who is forced to have to walk or run here in this country?

The story is a bit different in Kenya where the only transportation to work or school is by foot. Is it no wonder they are so good?

How many more miles are on their feet compared to the average American?

I have always admired how the poorest countries in the world can produce the most driven, successful athletes.

It is not that the Kenyans are any better than you or I.

They are human and to beat them you had better have done your homework.

They see more enjoyment than pain in long distance running.

Furthermore, they are fast for a reason.

You are a part of a small minority of people who are willing to run a marathon.

Obviously, this doesn't take into account the thousands of others who run 5K's and other running events.

Two biologist brought up an interesting fact about humans.

4-legged mammals have a huge advantage over us in sprinting.

It is far less likely we can outrun most mammals. That being said, put us up against them in a long distance running event and humans will almost always win.

Hunters had to sprint and run long distances to catch their food.

What is it like today? We live in a very soft. catered to society.

Think of how strong you could become if you were stripped of all the luxuries of life we take for granted?

You would find out how strong and how far you actually could train yourself to become?

We have become too dependent.

You have all the potential in the world to become a runner.

Get out there on the roads and put in some work.

You will never know your capabilities if you don't invest in learning to run for longer periods of time.

If you are just starting out, focus on just time on your feet.

Also, you should not even mentally entertain worrying about running a certain pace early on in your training.

What you can do is focus on becoming more consistent in your training and extending the amount of endurance training you do.

Long distance running is one of the most beneficial things you can do for yourself.

You will get faster simply by building your fitness from running longer. This certainly comes into play if you're coming from a complete sedentary background.

Steve Way a British marathoner went from being a smoker and overweight to running an outstanding 2.19.39 marathon finish at the 2011 London Marathon.

You want some motivation? Check out his story.